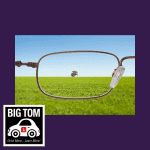 BIG TOM Admin is receiving calls from non-BIG TOM pupils regarding their previously booked driving tests and they need assistance to make it clear.

We are aware that some pupils who have used other driving schools are not getting clarification of their previously booked driving tests.  The situation we all find ourselves in is as follows.

Pupils who had driving tests booked that ended up falling in the lockdown period initially had their test pushed back by the DVSA to end of June/July.  This was a holding move by the DVSA in the hope that by that time tests would be back up and running, but unfortunately driving training and tests are still not happening for non-critical workers.  The DVSA have now wiped the slate clean of all of those outstanding tests; they were causing a lot of anxiety among pupils and driving instructors who knew the test was coming up but they were not allowed out on the roads.

The DVSA are getting back in touch with the person/organisation who made the original booking once tests start up again to allow them to re-book the test so that those people do not have to go to the back of the queue once tests re-start.  Therefore, there will be some of you who have not yet been told by the DVSA that the test is cancelled but that will be coming your way imminently.

To summarise:  if you are a critical worker, you can still obtain emergency theory and practical tests.  Otherwise, for all others, neither driving training nor tests are currently allowed.  The situation may change of course, and we recommend everyone, even if you are not a BIG TOM customer, to follow our twitter feed HERE which is updated as and when announcements are made.