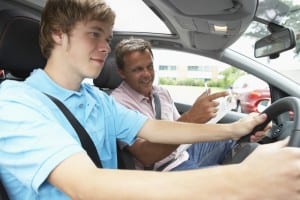 Earlier this week I was invited to re-visit one of the local schools, Bourne Grammar School for my annual road safety talk to 170 Yr 12 pupils. I opened with the same question that I asked the year before, “How many of you expect to be learning to drive in the next year or 2?”. Last year, the Head of 6th Form and I approximated just less than 50% of hands going up. This year, almost 100% of hands flew up in the air. A crude assessment granted, but nonetheless very real.

The DVSA are using this recent upturn as a reason for the extreme waiting times at some Driving Test Centres.   According to the ADI JNC the DVSA have apologised for the delays saying that more people are taking lessons, more examiners are retiring and more 20+ year olds are taking driving tests. According to DfT stats the latest available data for Apr-Jun 2015 is suggesting the number of practical driving tests conducted being 7% up on the same period last year, and theory tests even higher at 10%.

Having been following this data for several years now, I’ve noticed it has been generally accepted that the downward trend in numbers learning to drive in the UK was being replicated globally. There was a global downturn in people learning to drive that could possibly reflect the global economic troubles, but the question was also being raised as to whether the lifestyle choice of independent travel was being turned down as people favoured public transport options.

I will continue to monitor both UK and global data on this interesting subject, and see whether this upturn in UK data is just a sign of UK economic “green shoots” or whether the trend is global.